Tippecanoe and Third Degree Too: The Green Shadow (1935), by James Edward Grant

In The Green Shadow tough sleuth Tip (short for Tippecanoe, don't you know) O'Neil is slapping hoods hard across their mouths on the second page of the book.  A few pages later he is reminiscing with Corinne Harding--the younger of the two daughters (the older one is named Nancy) of his hard-driving, wealthy capitalist friend Paul Harding--about the first couple of times he encountered her. This was a decade ago, when she was twelve, in the course of Tip's doing a job for her father:

"And you came up and asked if anyone would hurt your daddy.  Then you asked me if I knew Sherlock Holmes very well.  The next time I was at your house you came out on the porch with your sister Nancy and she asked me what a pervert was.  You were wearing a blue dress and little white socks.  Your hair was in braids but Nancy's was piled on her head.  Got enough?" 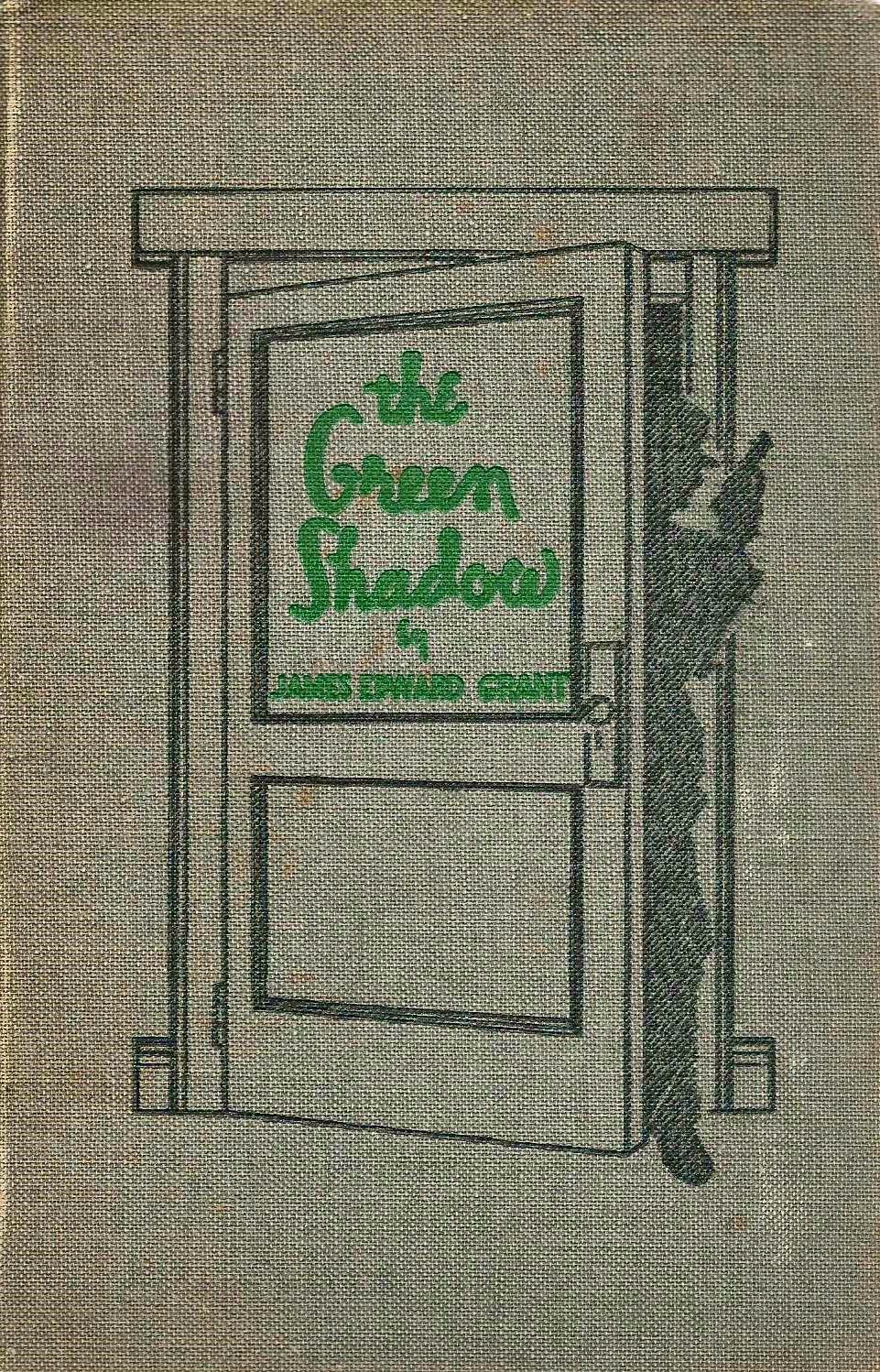 Shades of Sternwood!  It shouldn't be hard for the hard-boiled reader to discern in The Green Shadow a certain resemblance not only to Dashiell Hammett but Raymond Chandler. The Harding girls, like Chandler's Sternwood sisters (see the author's The Big Sleep, 1939), prove to be handfuls not only for their father, but for Tip himself, what with Corinne getting kidnapped and Nancy being, well, a neurotic nymphomaniac (this is the opinion of everyone in the book, including Nancy herself).

A couple times in the novel, which is narrated by Tip O'Neil, needy Nancy tries to perform bedroom pas a deux with Tip--hairy, fat and forty-seven--but he isn't having any of that from the daughter of a client.

Here is some conversation between Nancy and Tip, after the bold young woman barges one night into his bedroom at the Harding mansion:

She eyed me.  "Lord, you're a hairy gorilla.  You still don't wear underwear, do you?

Nancy nodded.  "When you were staying at our Long Island place [this a decade ago, when Nancy was a teenager] I used to go out on the balcony at night and watch you undress through the window. You never wore socks or underwear."

Nancy is neurotically jealous of her younger, prettier half-sister and is a potential suspect in Corinne's kidnapping, as are a number of other people in the extended Harding household, including:

Gene Leland, Corinne's fiancee; Amelia Glenray, Nancy's cocktail-quaffing, pistol-packing spinster aunt (Miss Marple she ain't: "Her figure didn't show her fifty-two years. She had better legs than either of her nieces"); Jim Glenray, Paul's lawyer and Nancy's uncle; and third chauffeur Frank Lilly, actually one of Tip's operatives from the Acme Detective Agency but recently seen canoodling with Nancy (but then who hasn't been canoodling with Nancy).

And then there's raft of colorful gangsters and hoodlums who just might have snatched Corinne. Tip has his hands full-and not just with Nancy!

In addition to being quite sexually frank for the day, The Green Shadow is about as "politically incorrect" as a hard-boiled crime novel can be.  Tip's observations on women in the chapter entitled "Seductio Ad Absurdum" can quite legitimately be labeled sexist. Aside from the Harding women most of the female characters in the novel seems to be hookers and low rent floozies, and they tend to get slapped around by men (actually Tip slaps Nancy at one point, but this is only after she has "gotten hysterical").  One of the wisecracks in this tale of myriad wisecracks is uttered as a man smacks a sleeping call girl on the back: "Wake up, Cleo. The Elks are in town."

In the course of the novel two black men, Paul Harding's first and second chauffeurs, are murdered; and various objectionable slang terms are used in reference to them by several characters.  Tip doesn't hesitate to beat up anyone from whom he wants information, including Corinne's own fiancee. A former policeman, he has good relations with the cops and they and he all seem to take the pleasing utility of third degree and the rubber hose for granted.


Which isn't to say that Tip doesn't have his good side: as mentioned, he honorably refuses to sleep with his clients' daughters (and wives, one presumes) and at one point insists that a street urchin witness get a good breakfast and reward money. However, though this tough guy averts his eyes when it looks like Paul Harding may start weeping over his kidnapped daughter's potential fate, he is casually indifferent to the sight of bullet-riddled bodies.

In short, the world depicted in The Green Shadow is a hard and tough one; and, although Tip is not the most unlikable character in the book, I didn't like him at all.  His model would seem to have been Hammett's Continental Op and his world seems a lot like that in Red Harvest (1929). What does Tip think of this world?  Here's Tip:

Your old-time desperado was a curly wolf, all right.  But a wolf can be hunted down. These present day gangs consist mainly of rats.  You'll notice that the wolf is pretty nearly extinct, while we still have hordes of rats.

Tip suggests levying a Federal tax for a crime fund that would provide reward money for snitches, but he complains that when "Mr. Harding and the rest of the rugged individualists" hear the word tax "they start to scream in chorus."  Until such a tax is levied, Tip avows, it will take private agencies like his own to really crack down on commercial crimes ("Murder for profit and kidnapping and kindred rackets").


Though I disliked Tip and his rats-infested world, I have to admit that I found The Green Shadow a smoothly-conducted tale with a good plot that had genuine ratiocination.  In the end, Tip uses his brains as well as his fists to solve the case and that should appeal to those who prefer (intact) grey cells to rubber hoses.

The Green Shadow was filmed, a year after it was published, as Muss 'em Up, starring Preston Foster as Tip (oddly, it seems never to have been reprinted in paperback--"pulped" as academia says these days).  I can't quite see Preston Foster as Tip judging by photos, but maybe people better versed in his career can tell me.  I would love to see the film to find how closely it followed the book. It couldn't have been quite as hard-boiled!
Posted by The Passing Tramp at 4:08 PM