Here are the eighteen Christie novels in the recent lists compilation I did that didn't make the Top 20, but nevertheless made more than one list: 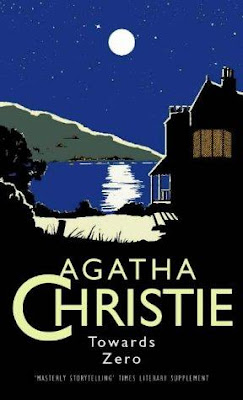 One Two Lists:
Death in the Clouds
Destination Unknown
The Mirror Crack'd from Side to Side
Nemesis
The Secret Adversary
Sparkling Cyanide
Taken at the Flood

The play The Mousetrap also got multiple mentions, as well as the short story collections The Labours of Hercules and The Mysterious Mr. Quin.

Poirot wasn't quite as dominant here as he was on the Top 20 list, accounting for eight of the titles. Miss Marple accounted for three, Tommy and Tuppence one, and six were non-series.

The ten Christie titles that received only single mentions on the lists were:

Why Didn't They Ask Evans?
The Secret of Chimneys
Appointment with Death
Murder in Mesopotamia
The Sittaford Mystery
N or M?
A Pocket Full of Rye
A Caribbean Mystery
By the Pricking of My Thumbs
The Pale Horse (that would be my list)

Poirot was only in two of these, Miss Marple two, Tommy and Tuppence two and the remaining four were non-series.

The plays The Patient and The Witness for the Prosecution showed up too.

So, 48 novels were mentioned on at least one list.  That's a bit over two-thirds of her crime novels. Next time I will look at the twenty novels that made nobody's list!
Posted by The Passing Tramp at 8:51 PM