The Paperback Guises of M. Poirot and Miss Marple

Since the paperback revolution of the 1940s likenesses of Agatha Christie's most famous sleuths, Hercule Poirot and Miss Marple, have of course appeared a good number of times on book covers.

The first Poirot mystery I read, Funerals Are Fatal (After the Funeral), didn't have Poirot on the Pocket paperback cover (he was displaced by a pensive-looking nun), but the second I read, Curtain, certainly did.  This was the first Pocket paperback edition, published way back in 1976. On the cover was a Poirot who was the spitting image of actor Albert Finney, who played the brilliant Belgian detective in the 1974 smash film adaptation of Christie's Murder on the Orient Express. This most definitely was my first mental visualization of Poirot as a young reader, and it stuck for years, until David Suchet came along with the landmark British television series in, I believe, 1989. Now whenever I read a Poirot mystery I see Mr. Suchet.

My first Miss Marple visualization also came from the Pocket paperback reissues of the mid- to late-seventies.  I don't know how Pocket came up with this representation.  She's a long way not only from the definitive Joan Hickson character of the 1980s British television films, but also the heavily comical Margaret Rutherford version of the loosely-adapted Sixties movies. 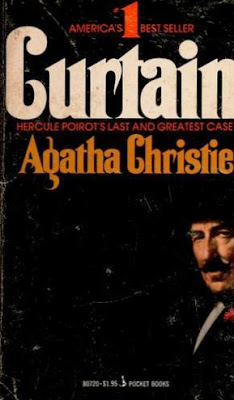 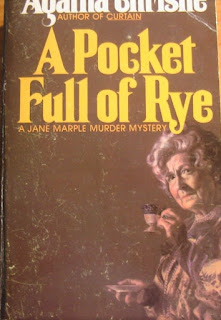 I recently came across a couple of Pocket paperback reissues from the late Sixties/early Seventies and was interested to see how different our Poirot and Marple looked on them. Who could have been the inspiration for this very thin and Gallic Poirot?  (Note: Since posting writer Joseph Goodrich has pointed out to me that the image is drawn from "Giovanni Boldini's portrait of Count Robert de Montesquiou, the primary model for Proust's Baron de Charlus"--no wonder so dandy!)

Once again I have no idea where the inspiration for this Miss Marple was found--not the books, surely! 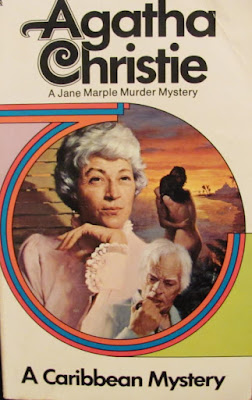 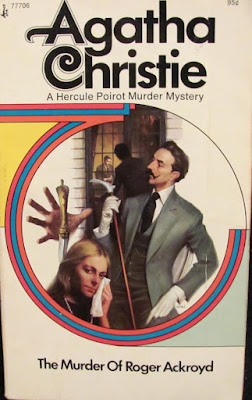 I'm not certain Miss Marple appeared on paperback covers before the 1960s.  Let's face it, in the 1950s wise white-haired old ladies were not exactly considered selling points on crime fiction covers. Here are two Fifties editions, one American and one British, of A Pocket Full of Rye that are notable for the absence of Miss Marple and the presence in her stead of a sexy blonde (alive on one cover, dead on the other): 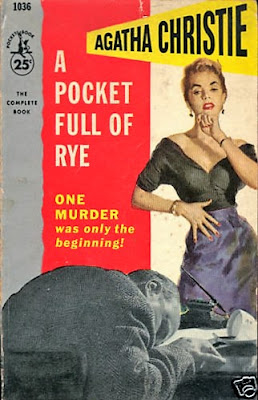 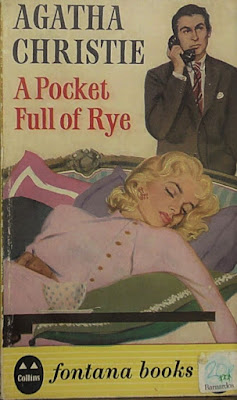 Poirot, on the other hand, had already begun appearing on paperback covers in the 1940s.  Here he is on the hunt on an early edition (a Dell mapback) of Sad Cypress: 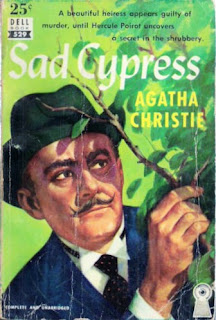 Posted by The Passing Tramp at 6:36 PM