Not altogether surprisingly Agatha Christie's And Then There Were None has recently been named the "world's favorite Christie."  However, the rest of the world's top ten might be said to include a couple of surprises:


The first four titles after And Then There Were None are like a gallery of Poirot's greatest hits, while A Murder Is Announced has crystallized in the last quarter century, I think, as about everyone's favorite Miss Marple mystery.  The next two selections, 4.50 from Paddington and Evil under the Sun, are more surprising to me, however, not that they aren't entertaining novels. (Is a coincidence that Evil Under the Sun, like Murder on the Orient Express and Death on the Nile was adapted several decades ago into a big-budget film?)

Five Little Pigs I think has become accepted at the best of Christie's more psychologically rigorous crime novels and one can't really carp at the inclusion of Curtain, Poirot's last case (recently televised).  It's a testament to the perceptiveness of the late crime writer and academic literary critic Robert Barnard that he highlighted two of the above books, A Murder Is Announced and Five Little Pigs, as "Three Prize Specimens" in A Talent to Deceive, his fine study of Christie's mystery fiction. (The other prize went to Hercule Poirot's Christmas.)

After thinking about for a few days, I finally decided on my own top ten list, then for good measure added two more, to finish it off at a dozen.  This list is in chronological order.

The debut Marple is bracketed with the landmark Poirot mystery from the Twenties.  Both are excellent village mystery tales, with fine satirical writing that often has gone unappreciated or perhaps unperceived by Christie critics, who tell us Christie had no actual writing (as opposed to plotting) ability.

When I first read Ackroyd as a kid I was bowled over, like everyone else, by the twist, and as an adult I still admire it as a narrative tour de force. As a youngster reading Vicarage I must admit that I was rather bored with it in comparison to Ackroyd, but today I greatly esteem it for its knowing village satire--it really helped launch the whole so-called "cozy" English village mystery subgenre--and its superb depiction of Miss Marple, never quite matched in the later books, where her character is somewhat softened and sentimentalized. (Barnard pithily termed this process "fluffification.")

When he reviewed The Murder at the Vicarage back at the time it was published Golden Age mystery writer and critic Todd Downing wrote that Miss Marple's reasoning "would do justice to the famous Dupin of Poe's 'The Purloined Letter.'"  He pronounced that "readers who are accustomed to the ordinary run of detective stories" would have to steel themselves to match wits with this formidable village spinster.

From 1932 to 1942 Christie's fifteen Poirot novels maintain an amazing level of quality. It's an embarrassment of ratiocinative riches.  You could pick out any ten and they would be better than most of the detective fiction published in that same ten-year period, in terms of plotting (particularly the fine art of misdirection).

Picking only two Poirots to go along with that matchless non-series tour de force, And Then There None (Christie "noir" in my view), may seem grudging on my part, but I wanted to get away a bit from some of the Christie standbys, like Murder on the Orient Express and The ABC Murders. 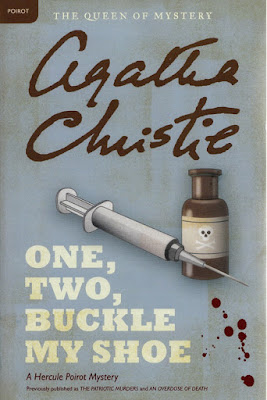 Great as these books are, on rereading I prefer Death on the Nile, for the reasons outlined by Brad Friedman in his guest blog piece: the emotional triangle of the main characters is compellingly presented, the secondary characters are colorful and the plotting sublime.

As for One, Two, Buckle My Shoe, I plead a bit of bias here. The awesomely involved murder scheme and Poirot's investigation of it reminds me of the complex plots designed by such so-called "Humdrum" detective novelists as John Street and Freeman Wills Crofts. If the plot's the thing, this one has lots of it! And the ending provides an interesting rumination on the imperatives of justice, (a subject that arose the previous year in And Then There Were None).

Before Five Little Pigs Christie was already giving inklings of taking a more psychologically complex approach in her mysteries, but this approach really bore full fruit for the first time in Five Little Pigs, quite a moving mystery as well as a very cleverly plotted one.

I've seen some people criticize the plot of The Hollow as too "straightforward" but I think it's a fine variation on one of her classic plot gambits.  Moreover The Hollow is, I believe, the finest "manners mystery" she wrote, the closest she got in her detective fiction to her own serious, mainstream "Mary Westmacott" novels--especially the impressive Absent in the Spring, published in between Five Little Pigs and The Hollow, in 1944--and the literary effervescence of the tales of her sister Crime Queens Ngaio Marsh and Margery Allingham. It bumps from the list another great Christie favorite of mine, Towards Zero.

People generally allow that a diminution in the quality of Christie's mysteries sets in after the 1950s, though there are of course high points.  Brad Friedman in his guest post highlighted one, After the Funeral; another is Mrs. McGinty's Dead.  I also especially admire Ordeal by Innocence, a rather gloomy, but quite interesting, crime novel about family dysfunction that presages P. D. James; and the consummately entertaining, if perhaps somewhat spottily ratiocinated, 4.50 from Paddington. 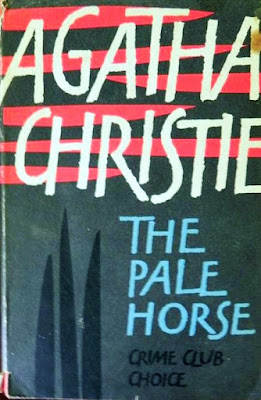 But none of them in my view match A Murder Is Announced, one of the genre's greatest village mysteries and a memorable evocation of rural English life in the austerity era (though the Central European war refugee cook Mitzi is a crude comic caricature that could have been something more).

As Brad pointed out earlier, some of the plots twists get a bit strained for absolute credence, but it's a brilliantly constructed plot nonetheless.

I'm including two late Christies as well, from the Sixties, a very mixed decade for the author. The Pale Horse is just so original and unexpected, a superb evocation of the seemingly supernatural and uncanny.

Poirot and Miss Marple are absent, but we do get lovably scatty mystery writer Ariadne Oliver, a very pleasing presence, as well as reappearances by some other, minor characters from the Christie canon.  The Queen of Crime brought a lot of later-in-life zest to this one. 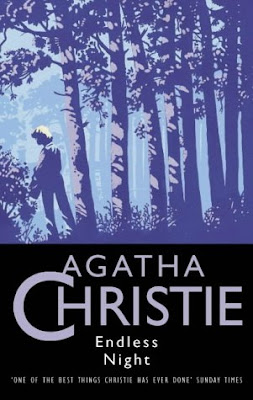 Exceedingly eerie is Endless Night, in my opinion the highlight of her last decade or so of active mystery writing (though the Marple novels At Bertram's Hotel, By the Pricking of My Thumbs, Hallowe'en Party and Nemesis have some great points for me too, but unfortunately lack the narrative fleetness of classic Christie).

I'm rereading Endless Night now and it's holding up for me, even though I of course recall the remarkable denouement, on par with the fine work of modern crime writers like Ruth Rendell.

These two novels were the fifth and sixth Christies I read, back in 1976 and 1977, when I was ten and eleven  years old. 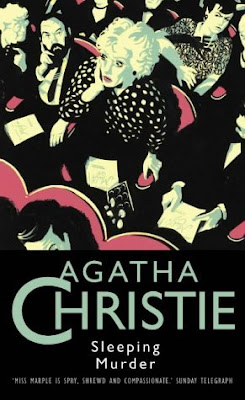 Curtain, Poirot's last case, offered one last truly stunning solution from the author.  Although she allegedly tired of Poirot, Christie gave him a memorable send-off here, one befitting a true Great Detective.

Sleeping Murder, a Miss Marple case (not really the detective's last one), is a novel I have always found fascinating in its not so cozy exploration of morbid criminal psychology (what Miss Marple emphatically calls wickedness).

Though she lives on to detect another day, Miss Marple here ascends to the celestial sleuth heavens, figuratively speaking, for she acts as a remarkable guardian angel over a charming, if rather guileless, young couple.

So that's my Christie top ten (okay, twelve).  What is yours?
Posted by The Passing Tramp at 11:26 PM