Readers of the blog may recall that I disliked Death Is Late to Lunch (1941), the first Theodora DuBois mystery I read.  Particularly grating to me was Anne McNeill, the feminine half of DuBois's sleuthing couple team.  She just seemed too snooty by half. However, I more recently read DuBois's Death Comes to Tea, praised as a "small masterpiece" by Anthony Boucher, and liked it rather better, indeed quite enough to encourage me to peruse other DuBois mysteries. 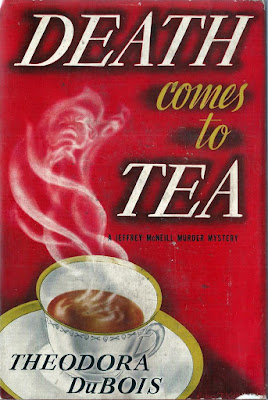 Yet there's someone out there who has read about all of the McNeill mysteries already and that is my guest blogger, Lisa Kucharski, a friend of mine from Goodreads and the Facebook Golden Age Detection group. (The latter is open to invites for friends of the members, so if you are interested in joining and not already a friend of mine on Facebook, just friend request me on Facebook and I will be happy to give you an invite.)

And now Lisa's guest post about the DuBois's Anne and Jeffrey McNeill mysteries.  I hope you enjoy another take on this series, from someone who is very familiar with it. (We don't totally agree about Anne!)

American mystery writer Theodora DuBois (1890-1986) started her sleuth series at the age of 46, in 1936.  She had begun writing commercially after contracting tuberculosis and spending several months in a sanatorium. Little by little she expanded her writing endeavors from stories for magazines to novels and plays.

With the McNeill series DuBois embeds personal experiences--sailing and her work on plays, estrangement from her stepfather--into an eclectic series of suspenseful mysteries.  She had an ability to conjure characters (was she inspired by people she knew?) who are truly unpleasant or broken.

Her last Anne and Jeffrey McNeill novel, the suggestively titled Seeing Red (1954), was published during the McCarthy Era and met with some backlash because it negatively portrayed the Red Scare, with her heroes, the McNeills, getting called before the House Un-American Activities Committee (HUAC).

I came across Theodora DuBois's Death Wears a White Coat at a flea market.  It caught my eye because it was an old mystery novel, copyright 1938.  I got it got a couple of dollars.  It languished in a pile of other try 'em out books for a while before I read it. 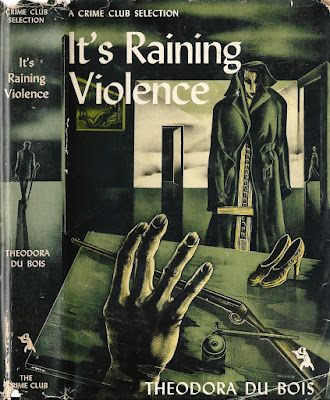 I was expecting a standard cozy but what I got was a mystery field with creepiness and suspense galore.  I loaned it to two other people and they had the same experience: they could still feel the book a month after reading it.  The hunt was on!  I needed to find more books by this author, Theodora Dubois.

Death Wears a White Coat is the second mystery in the McNeill series by DuBois.  The first novel, Armed with a New Terror (1926), is the only one I haven't read.  It is extremely difficult to find.

According to Colleen Barnett its story line is as follows:

Anne and a child were part of an extended household dependent upon the largess of a dominating grandfather,  Jeffrey McNeill, a neighbor and distant relative intervened when Anne was accused of the murder of a cousin from whom she inherited.  Anne loved Jeffrey, but he did not share his feelings for her until he had unmasked the surprise killer. 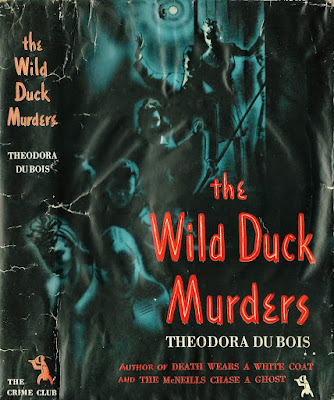 Over the series the McNeills reside in various houses--I won't spoil all the why's--on the east coast.  They also sail quite a bit.  (The nautical information in the novels is accurate.)  They have children whom they adore.  In his capacity as a scientist Jeffrey gets involved in government jobs. Anne is a lovely wife with blonde hair and charm to spare. 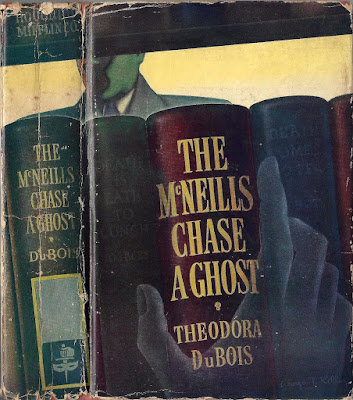 Of course this happy couple proves a magnet for murder.  The stories are mostly told through Anne's viewpoint, and when Jeffrey is involved he tends to strike me as a bit cold (though he does seem devoted to Anne), in contrast with other husband-and-wife sleuthing teams who are more affectionate, such as the Lockridge's Mr. and Mrs. North.

DuBois's series has some intriguing plotting set-ups, the earlier ones being a bit more interesting than the later books.  DuBois' strength is that she is really good at creeping out the reader, building tension with palpably real characters.

Her mysteries are also a bit quirky as money is not the only reason for murder-- though, let's face it, it's pretty high up on the list!  She reminds me a little of Elizabeth Daly, whose detective uses tiny anomalies to highlight a crime.  Anne McNeill also observes and remembers elements (e.g., the details of a dress) that end up pointing to the murderer. 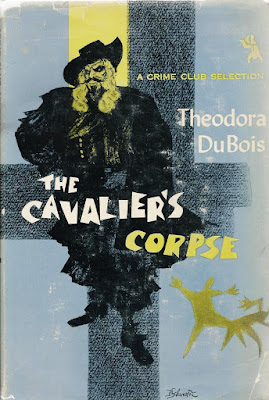 The series seems to fall into three categories: mysteries that involve Anne while her husband is buried in work (The Case of the Perfumed Mouse, The Devil and Destiny); mysteries the spouses both encounter while traveling (The McNeills Chase a Ghost, Death Sails in a High Wind); and mysteries that intertwine with Jeffrey's scientific work and involve government secrets. (Murder Strikes an Atomic Unit, Seeing Red, Death Wears a White Coat). There is even one that is not so much a detective novel as a suspense thriller, in which Anne is kidnapped.